Marian at the Met Opera 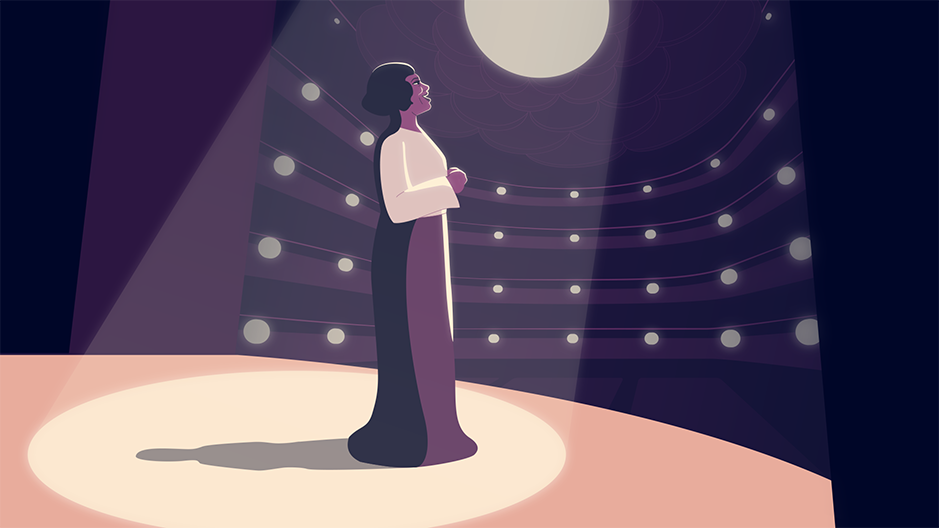 Marian Anderson was a contralto singer, and the first Black artist to perform a full production at New York’s Metropolitan Opera House. This piece was designed as part of a collaborative project amongst members of the @helloblacksmiths slack community (a community for Black people in the motion design industry) for Black History Month. The goal was to not only showcase these historic legends, but also highlight their human side.

An interesting thing I learned was that at 58 years old, Anderson was already an incredibly accomplished singer by the time she performed at the Metropolitan Opera House, and received a lot of applause from the audience before she started singing. Despite this, she still felt nervous during her performance, saying:

The curtain rose on the second scene and I was there on stage, mixing the witch’s brew. I trembled, and when the audience applauded and applauded before I could sing a note, I felt myself tightening into a knot.

In this production of Giuseppe Verdi’s opera, Un Ballo in Maschera, Anderson performed the part of Ulrica. The song playing in the background of the behind the scenes clip is actually from another performance, and called “My Soul’s Been Anchored in the Lord,” which she also sang at the Lincoln Memorial.