This quick piece is based off of one of my digital illustrations. My primary goal was to model the pig in Cinema 4D, and then do some color correction and compositing in After Effects. To take the project a little further and add a bit more character, I decided to also animate some of the pig’s features and add some camera movement.

I did a series of 3 digital illustrations in Adobe Illustrator based off of some quick thumbnail sketches of different animals in water in a square composition. My objective was to experiment with character design, apply texture to vector illustrations, and using gradients to create lighting. 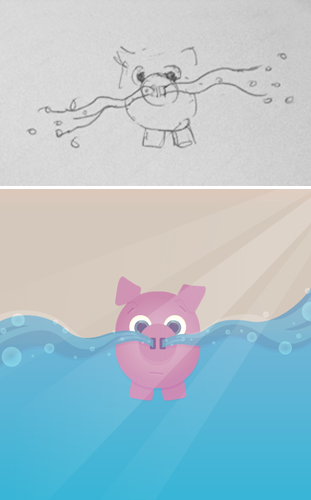 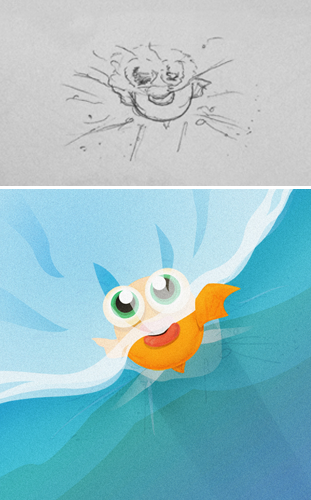 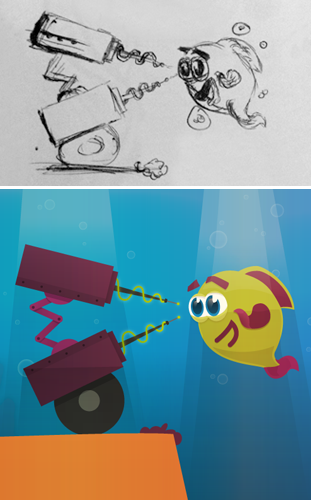 After completing the digital illustrations, I decided to take one of the drawings further and model it in 3D using Cinema 4D, but in a 16:9 composition for video. 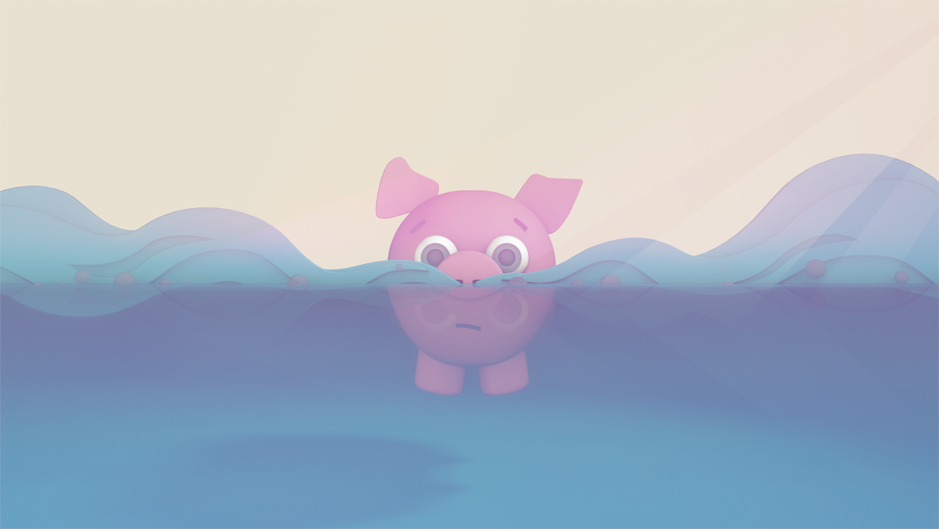